Minda in the 17th century 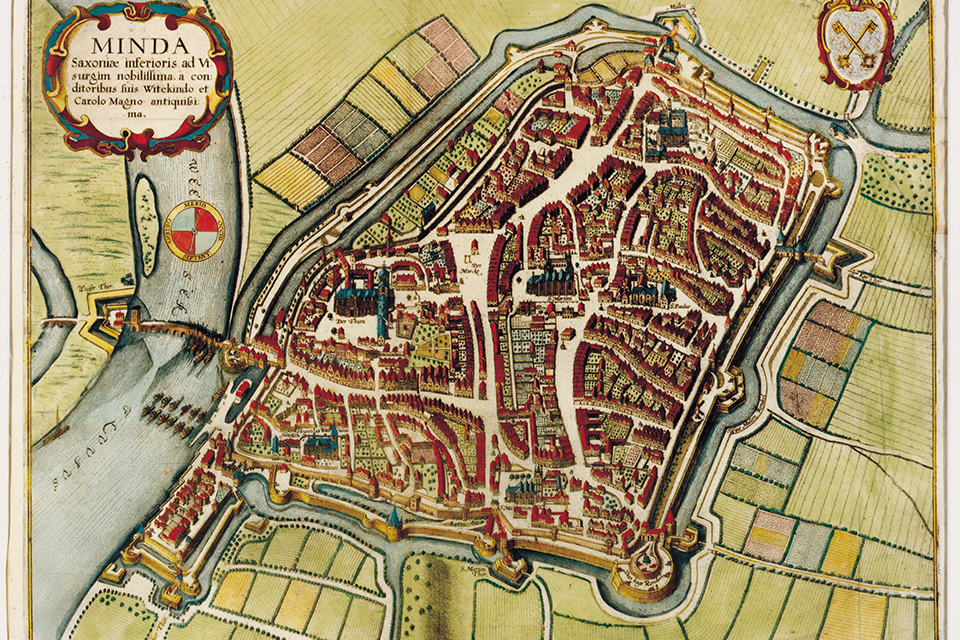 The historical map according to a copper engraving by Wenzel Hollar gives an impression of what Minden looked like in the middle of the 17th century. Since then some constructional modifications took place, which did not change the basic structure in a significant way though: Two churches (St. Johannis and St. Paulus) have been abandoned, the estuary of the 'Bastau' has been displaced to the 'Weser', a row of houses between the 'Scharn' and the former Hohn-Street as well as the inner city gardens have vanished.