Starting from unique concert experiences at the summer open air ("Kultur-Sommerbühne") or the "Weserlieder" to  traditional events like the Free shooting ("Freischießen") to popular events like the Jazz Summer Night or the city festival: Minden offers a rich and diverse programme of events.


Concerts at the lock

Concerts at the lock 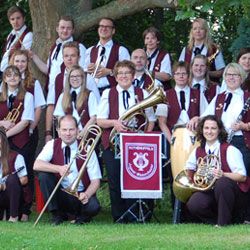 May 8th to September 11th

The traditional "Hafenkonzerte" (concerts at the lock) are taking place from May until September every year. Marching bands, choirs, music groups and choral society from the area are playing every Sunday from 10:30am to 11:30am at the lock.


All citizens of Minden as well as the visitor are invited to enjoy the concers free of charge. The audience can look forward to many famous melodies and folksy sounds. 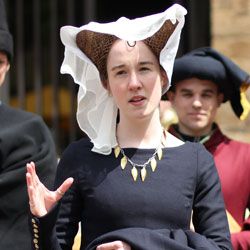 The Islands of Time are giving you a great insight into various epochs of Mindens 1200 year old history. The range of diverse stagings goes from the Stone Age to the Napoleonic Wars to the Imperial Era. 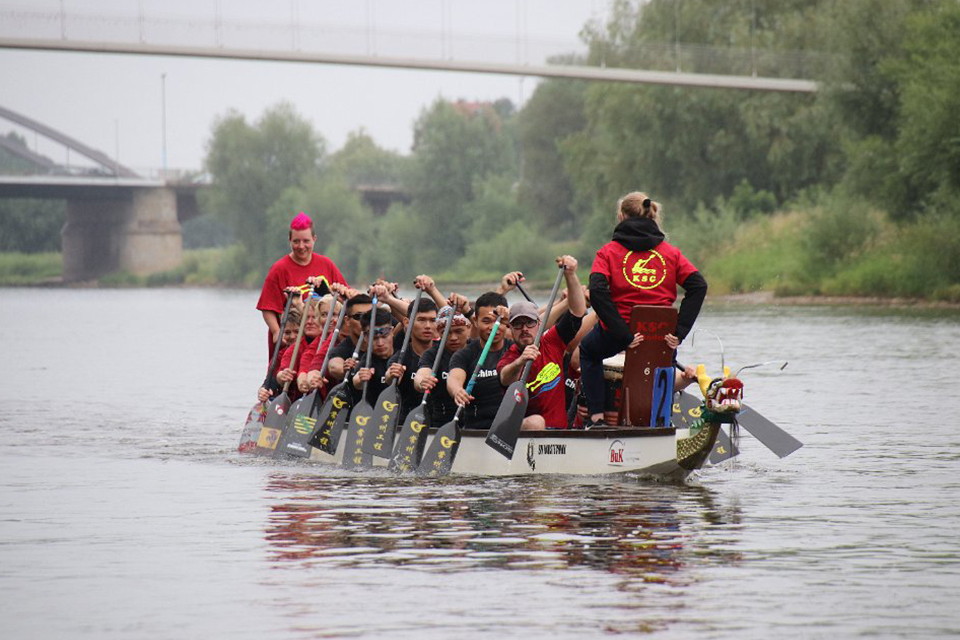 
Dragon boat sport is becoming more and more attractive world-wide. Its origin can be found in China more than 2.000 years ago with a politically unstable situation in China at that time. There this tradition filled with religious ideas developed at that time. In Minden you can see numerous boats on the Weser for many years now in summer. Just for fun as an exercise for the next Weser Dragon Cup and teams from far and near compete on this occasion. 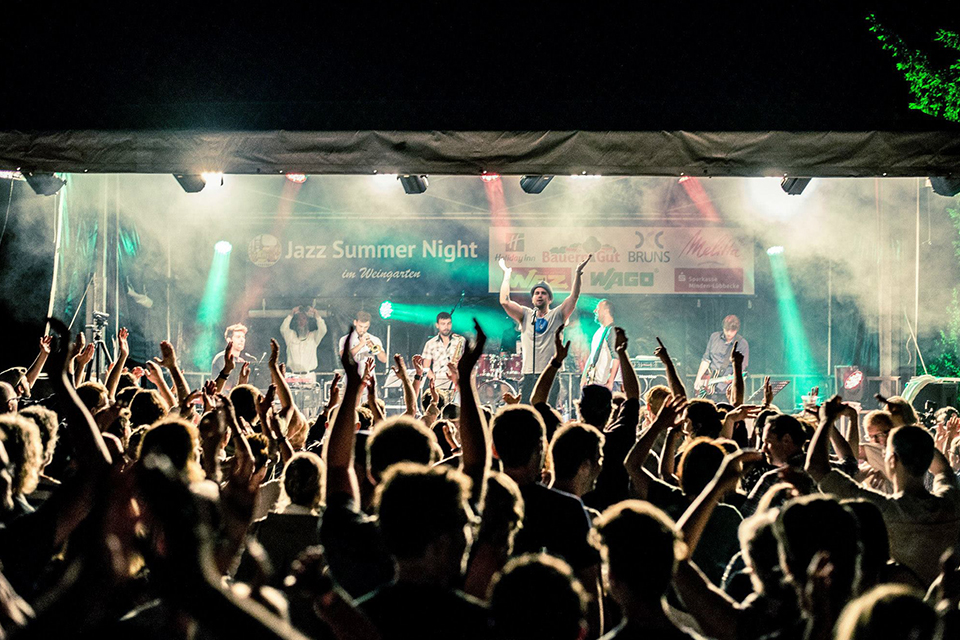 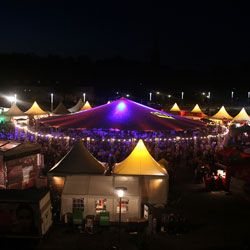 
Enjoy Minden with all your senses at the Gourmet mile. At the numerous booths the caterers Edeka, WEZ, brewery Barre, Bauerngut and Melitta as well as other partners present a great gourmet offer. Since 2015 the gourmet mile takes places on the Simeonsplatz.

The culinary event always has a special theme every year. The caterers also transfer the themes to their menus and decoration. Even the programme on stage matches the themen.

Due to the enchanting atmosphere and the culinary and musical treats the gourmet mile is one of the most popular events in the area and attracts thousands of visitors. 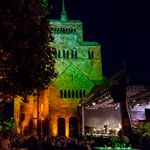 The summer open air in Minden as annual cultural highlight. 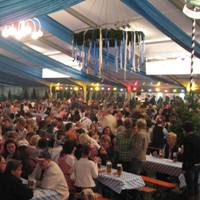 
The Bavarian tradtion will be capitalised in Minden, all guests are celebrating in Bavarian manner with dirndl dresses and leather pants. 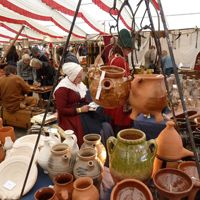 
International trader and craftsmen are presenting their goods of different epochs. From linen, wool, cotton and silk textiles to finished costumes for both children and adults, to jewelry, sewing patterns and leather goods, the selection represents the epochs from antiquity to 1918. A great selection of different goods every reenactor needs. A real eye-catcher is the impressive collection of weapons.

Other special highlights are the selection of historical food and the cabaret programme on Saturday. Because of the German Holiday on October 3rd the Reenactors Fair 2016 opens on Monday as well. 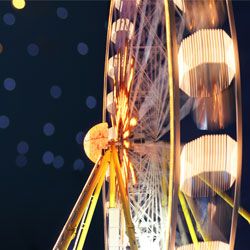 The fair of Minden ("Mindener Messe") takes place every year in the beginning of May and November on the "Kanzlers Weide" and plenty of pleasure, scary and entertaintment is involved. We are proud to welcome a lot of iconic rides and novelties as well as a great offer of food and candy. During that week we are looking forward to the family day on Wednesday with reduced prices. Another special highlight are the fireworks on Friday.
More than 100 showmen are presenting their fun rides and booths during the biggest fair in the area. 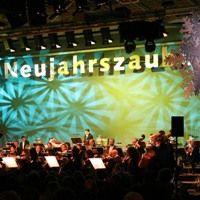 Minden can look back on a more then 10 year tradtion of the New Year Concert, which is taking place annually and is presented by the local newspaper "Mindener Tageblatt". The Nordwestdeutsche Philharmonie arranges the program of the concert which differs a lot from the programmes during the year.

The organiser puts a special emphasise on the atmosphere of the location, e.g. on light effects etc. 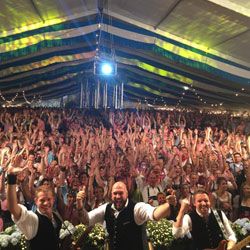 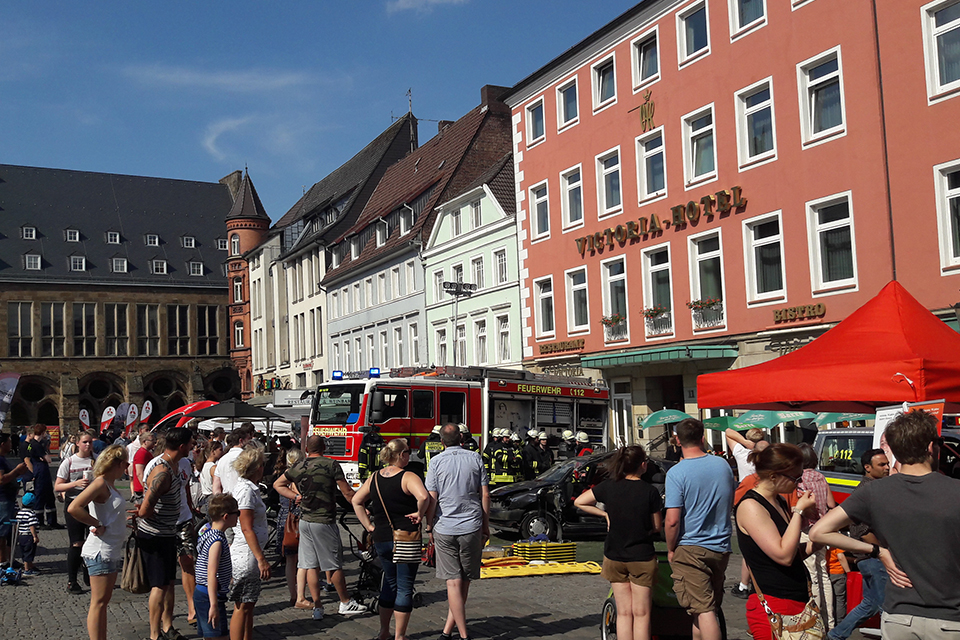 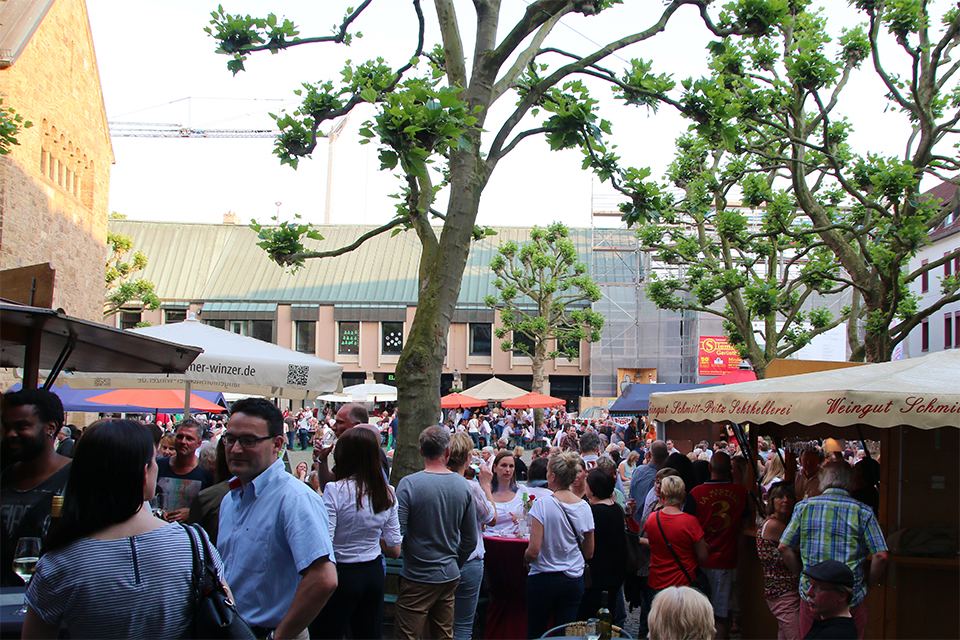 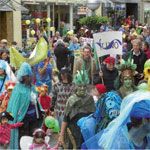 The next freeshooting event will take place in 2017

The origin of the Freeshooting event ("Mindener Freischießen") goes back to Prussian times. After firing practice became duty for all citizens of Minden in the 17th century, the city decided to determine the best shooter within the framework of a celebration. This shooter was freed from all taxes for one year. The term "freeshooting" ("Freischießen") was invented. The Mindener Bürgerbataillon still cherishs this tradtion during a mulit-day event, which is very popular among all citizens and guests.

“Blue ribbon” of the Weser

“Blue ribbon” of the Weser 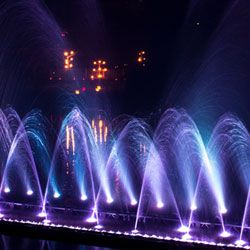 The next date is presumably in 2017


Every two years more than 3.000 canoeists, oarsmen and swimmer from all over Germany and other countries come to the Weser city. The reason: The blue ribbon of the Weser, a water sports event, which is more than just that. Of course there are competitions. But beyond that a cultural event program in the special atmosphere along the Weser offers a unique experience for sportsmen and visitors equally. The parkways at the Weser, the former fortress glacis, are decorated with innumerable multicolored fairy lights.